Are you ready for some football?

Are you ready for some football?


Most Americans will soon be once again watching one of our favorite national sports, football. Whether it’s a junior football league, high school, college or the pros, all of us get caught up in the frenzy.  I really didn’t follow football until 1985, when I lived in Chicago and the Bears were on the road to the Super Bowl. I was also in dental school. So when others were watching Jim McMahon throwing the ball in the end zone, or Walter Payton running with the ball, I was looking to see what was that mouthpiece they had in their mouth. We had learned about mouthguards in dental school, how they protect the teeth from trauma during sports, but I had never seen one in use.
Athletic mouthguards have come a long way. For those of you who are not sports fans, here is a simple explanation. A mouthguard is a plastic appliance that is worn by the athlete to protect their teeth from trauma, and may protect an impact on the jaw to cause a concussion. A good one fits like a glove over the upper teeth, and is made from a model of their mouth. 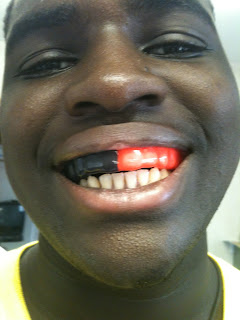 Mouthguards aren’t just for football players. Anyone who plays a contact sport should be wearing one – ice hockey, field hockey, lacrosse, even baseball and basketball. 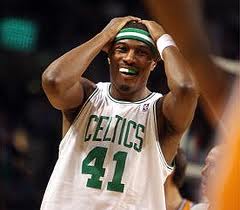 There are many types you can buy at sporting goods stores, where you put it in hot water and then put it in your mouth and bite down, but they do not fit as well as a custom made one. 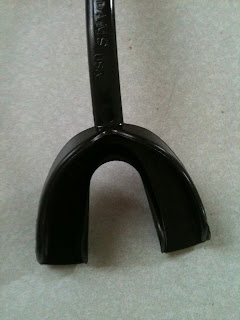 Most of the time these mouthguards fit so poorly, that the players have a hard time wearing them, and this is where they usually are found – not in the player’s mouth! 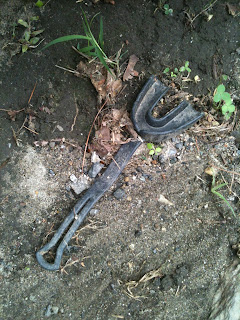 I have made many of these guards over the years, and one young man, who now plays college lacross, told me that once he had worn the custom made mouthguard I had made for him, he questioned if what he had been wearing before was even a real mouthguard at all!
I have read various studies that have also shown that athletes perform better when they are wearing an appropriate mouthguard, or that prevents them from clenching their teeth together, which seems be detrimental to their performance.  These studies show that when a person clenches their teeth together with enough force, for a significant time, a neuromuscular response is triggered, which causes a release of hormones that causes stress & fatigue, causing them to be slower and weaker. With the right mouthguard in place, an athlete actually becomes faster, stronger and performs better.
( http://www.usatoday.com/sports/2009-11-16-neuromuscular-mouthguard-cover_N.htm)


Last year I started making custom-fitted mouthguards for a local high school football team, the Stamford High Knights. They had a great season, their best season since 1978, finishing with a 7-2 record. They had a coach they had been with for just a few seasons, a brand new stadium, and everyone on the varsity team had a professional mouthguard (orange & black, the team’s colors) when they ran out on the field for their first game. They looked great and played great too. Today I met with them to deliver this season’s mouthguards.  Take a look: 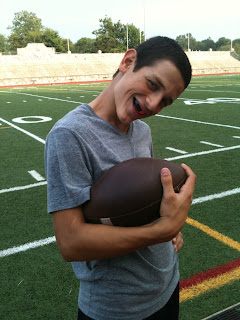 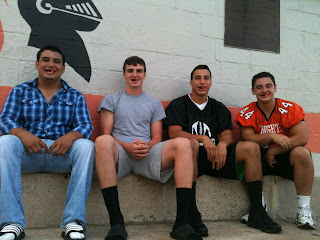 Good luck Stamford High Black Knights!  Wear your mouthguards, and here's to a winning season.
Posted by Unknown at 5:19 PM No comments: